Hubby was on leave yesterday. We had things to settle. We thought we had only one thing to settle but it turned out, we managed to settle quite a lot. So it was a very rewarding day yesterday, alhamdulillah. Among them, I managed to register my daughter in the MOHE system. That was very challenging to me because being a first timer, I was totally lost. But then being me, I would find ways and means to get it done. Only thing I had to bear is the tense. Once that was done yesterday night, I felt like a huge boulder was lifted off of my shoulders. What a relief! And when hubby asked me to join him for tea at the kedai mamak, I gladly tagged along! I had teh tarik kurang manis and thosei! Lovely!

For today's recipe, I will post the Cream Puff recipe which I've tried from Allrecipes. I've adjusted slightly the recipe recommended by Sharifah Aliyyah Albukhary, but didn't really jot them down. Perhaps, I will have to try baking them again soon, insyaAllah. Thank you again Aliya for digging the good recipes and sharing it with others. 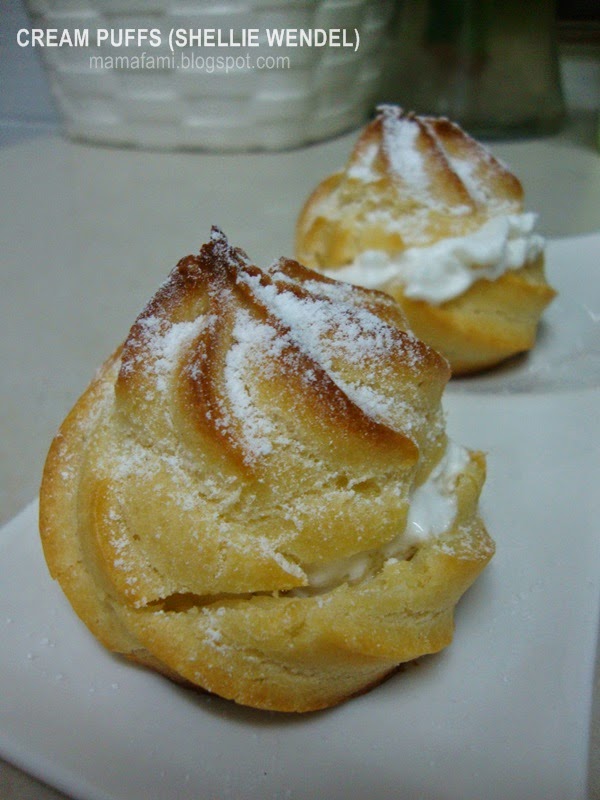 
1.Mix together vanilla instant pudding mix, cream and milk. Cover and refrigerate to set.
2.Preheat oven to 425 degrees F (220 degrees C).
3.In a large pot, bring water and butter to a rolling boil. Stir in flour and salt until the mixture forms a ball. Transfer the dough to a large mixing bowl. Using a wooden spoon or stand mixer, beat in the eggs one at a time, mixing well after each. Drop by tablespoonfuls onto an ungreased baking sheet.
4.Bake for 20 to 25 minutes in the preheated oven, until golden brown. Centers should be dry.
5.When the shells are cool, either split and fill them with the pudding mixture, or use a pastry bag to pipe the pudding into the shells.

Note :
When I tried this recipe, I had piped the whipping cream as the filling. I had not tried Shellie's filling recipe. 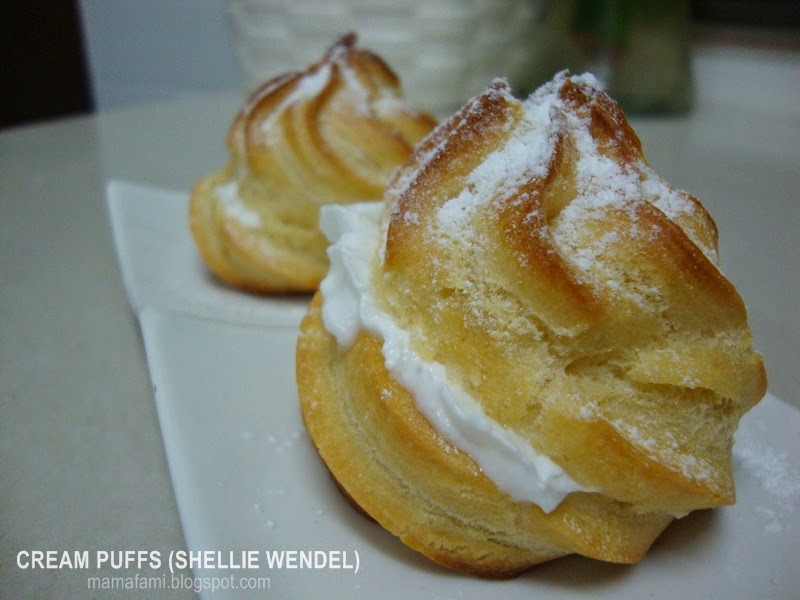 Have a nice day!
Written and posted by MamaFaMi at 10:44 AM