Early this month, I was away with Mr Hubby to Sabah. He had an event to participate and since he will be in Sabah for a couple of days, he decided to bring his bodyguard along... and that will be ME! At first, I was reluctant to tag along as the hotel rates there are quite high. I feel it is not worth it to pay such big amount for me to just stay in the hotel while he's away. Mr Hubby didn't give up that easily. We looked up for other possible hotels preferably the one by the beach so that I can do something else besides being cooped up in the room. Alhamdulillah, it was written that I will be going with him and yes, we managed to get a room at RAINTREE BEACH RESORT in Tuaran Sabah, formerly known as MIMPIAN JADI RESORT.

We arrived on the 2nd April, 2014 midnight. Nothing much to see then but what I can see was the place was occupied. There was an event held there earlier that week. We had booked for a challet but since all challets were taken, we were given a villa instead without having to pay extra. Lucky! Lucky! Lucky! We stayed there for 5 days. Yeah right.. quite a long vacation for us! 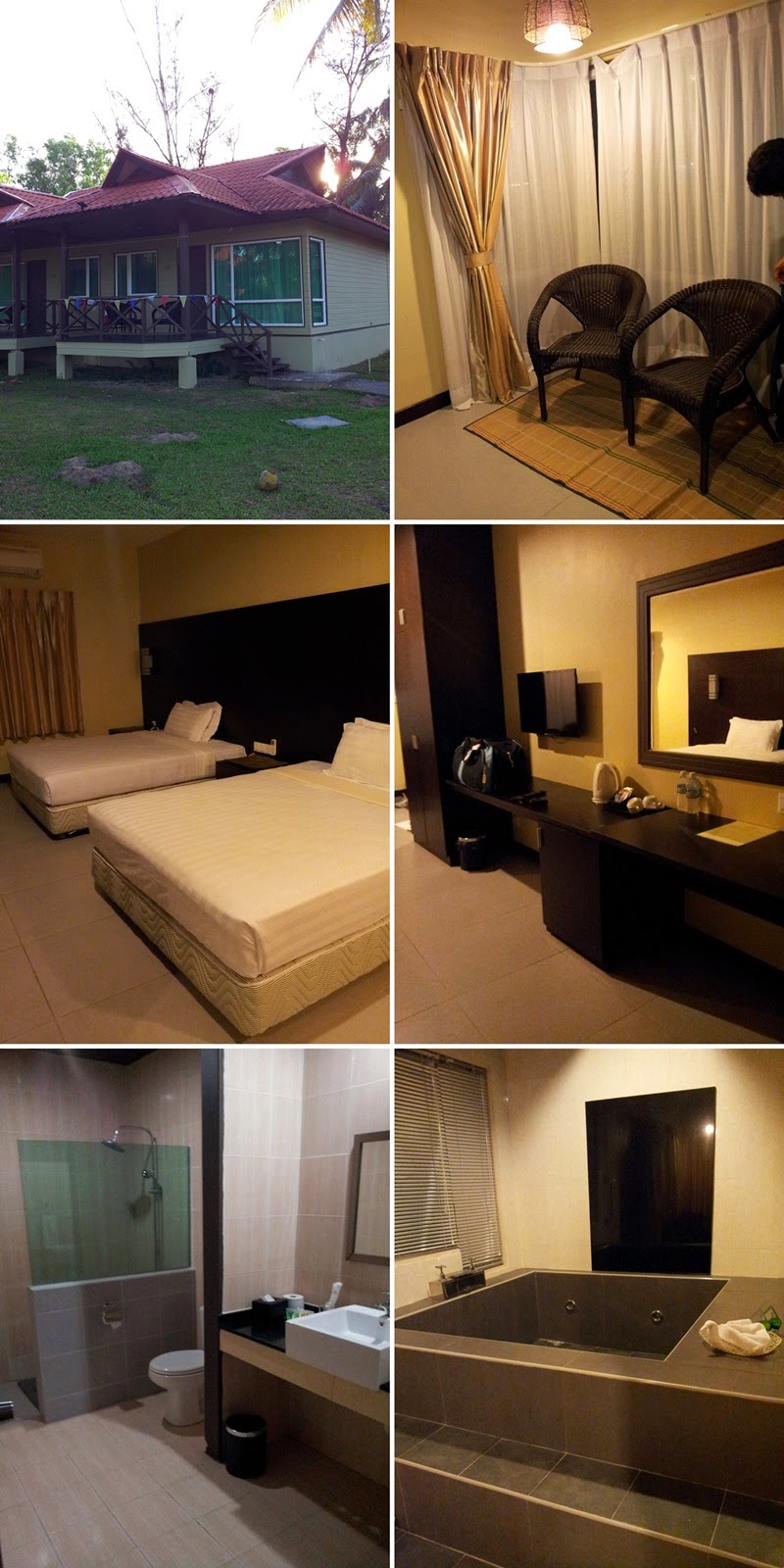 For reservation and enquires, please call

Written and posted by MamaFaMi at 5:04 PM

Email ThisBlogThis!Share to TwitterShare to FacebookShare to Pinterest
Labels: Trips